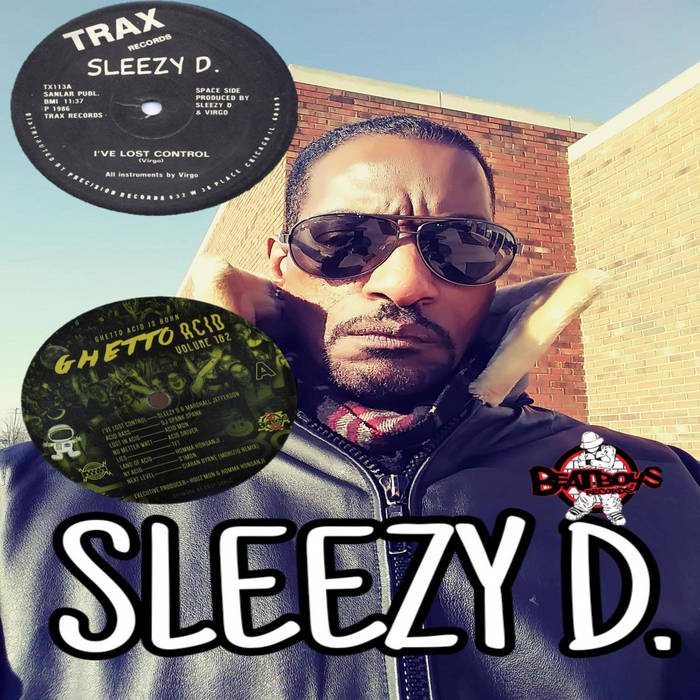 Derrick Harris was a Chicago Music producer and pioneer of house music and acid house. He is known for the song "I've Lost Control", which was released as a 12" single on the Trax Records label, issue number TX 113. The song used a Roland TR-808 and a Roland TB-303 bass synthesizer to create the signature modulated waveform sound which would directly inspire Acid House. The track is arguably the first to use this particular sound, and rose to cult underground popularity thanks to DJ Ron Hardy's Music Box club in Chicago.

Harris died on 13 June 2019, from kidney failure. Close friend and production partner on "I've lost Control", Marshall Jefferson, paid tribute to Harris, who he called a "true pioneer". "Derrick was the life of every single party he went to," writes Jefferson, "dancing from the first song to the last every time. Anyone anywhere that calls themselves a raver has this man to thank for it."[1] "He checked himself into the hospital and two days later was dead...Derrick Harris took on the nickname 'Sleezy D' from his peers in adolescence, and preferred friends to call him by that name until his death. Close friend Marshall Jefferson told The Quietus in 2013: "If you ever met him, you’d never forget him. Oh man, he is… sleazy."[3]

After Jesse Saunders released “On and On” in 1984, a Guitar Center salesperson talked Jefferson into buying thousands of dollars worth of production gear.[4] Jefferson and Harris experimented with the equipment, with Marshall secretly passing demo cassettes to a local club DJ, Ron Hardy at The Music Box, under the production credit pseudonym of Virgo. However, when Jefferson's work shift patterns changed, he was unable to take down the cassettes himself, so Harris took them to the club instead. Harris started claiming that he had made the recordings. “I couldn’t go to the Music Box as much as I wanted because [the club] was midnight to noon, and I was working midnight to 8:30,” Marshall Jefferson explains. “[When I] got down to the Music Box, all of the security guards [said to Harris], ‘Hey Sleezy, hey Sleezy, all right Sleezy!’. So I try to walk in with Sleezy. Thump!” – Jefferson slaps his chest – “‘Who the [heck] are you??’ They thought Sleezy was the one making all of the music!” [4] Jefferson and Harris collaborated on several further productions, and Jefferson was often asked during his career if he was, in fact, Sleezy D.